Conquering Fear in Times of Epidemics 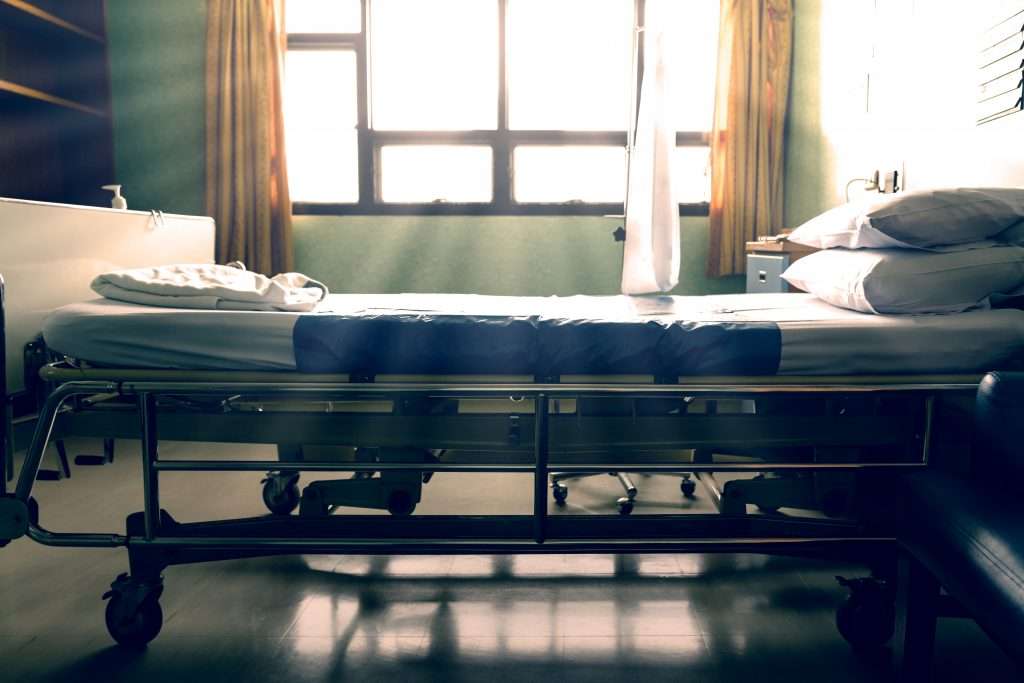 The past few weeks have been unprecedented in my career as a surgeon. The sweeping response to this global COVID-19 pandemic—to mobilize resources, restrict social behaviors and curtail businesses—is far beyond any previous modern health threat. What makes this particularly frightening is how many of my colleagues on the front lines have contracted the virus, become critically ill or even died. But this isn’t the only contagious disease in recent history. As a medical student in New York in the late 1980s, another deadly illness was wreaking havoc on all ages including newborns, and also posed a threat to doctors—surgeons in particular. As medical students across the country are graduating early to help staff hospitals, I am reminded how their future in medicine will be shaped by their experience today.

I remember how excited we were to start our third year of medical school. After two years of sitting in a lecture hall and memorizing endless amounts of information, we would finally have a chance to put on a white coat and take care of patients. I was assigned to three months of internal medicine at Lincoln Hospital in the South Bronx, a rotation known for being fast paced and where a medical student “could do a lot.” It was also one of many hospitals in New York City at the time that was overwhelmed with patients suffering from AIDS and AIDS-related complex.

Looking back, it all seems a little surreal, given the way we were thrown into the thick of things with little to no preparation. Compared with today’s standards, there was no training in HIPAA compliance or diagnosis coding. Instead, at the start of every rotation they threatened us with $10,000 fines if we failed to dispose of medical waste or sharp objects properly. We didn’t need much convincing as medical waste washing up on local shore lines was a frequent story on the nightly news. Either way, we were fearful enough that a bloody needle, under the right circumstances, could turn into a weapon of mass destruction.

My very first patient was a 35-year-old woman with a history of IV drug abuse, who was admitted to the hospital with fever and pneumonia. She was cachectic, with a hollow expression that over time would become an instantly recognizable measure of months spent suffering from the effects of an immune system under attack by a relentless enemy. She was cooperative and patient, allowing me to “practice” drawing blood and placing an IV. Her X-ray showed a familiar pattern of patchy infiltration. She was started on antibiotic therapy with a presumptive diagnosis of Pneumocystis pneumonia (PCP), one of the opportunistic infections that turned someone who was HIV-positive into a full-blown AIDS patient. This was a question that an eager medical student was expected to answer correctly on teaching rounds, not having to acknowledge its grim meaning for the patient.

The sheer number of patients suffering from HIV at the time was almost hard to believe. It seemed nearly every admission was yet another form of a disease that had barely even made it into our textbooks. Toxoplasmosis, Kaposi’s sarcoma and cryptococcal meningitis were routine diagnoses, and yet there were many patients without obvious infection but tested positive for HIV. Because patients could spread the disease through bodily fluids, all patients were considered risky, so we adopted a policy of universal precautions. The HIV epidemic defined all patient interactions. We learned how to take care of contagious disease, how to protect ourselves and others, and how to temper our fears with knowledge and common sense. We also followed the lead of our mentors: in my case, my father, a thoracic surgeon and an inventor who developed a disposable catheter to diagnose PCP without the need for a surgical procedure. He was at the side of any patient who needed him, well trained and skillful. He had a healthy respect for infectious pulmonary diseases and understood the risks for transmission, but did not allow fear to prevent him from doing his best for a patient.

My patient recovered and was discharged, only to be readmitted at the end of my rotation. Once again, she was kind enough to allow me to place her IV and draw her blood. I was much more adept at it by now. I stopped by her room on my way home one evening, listened to her lungs, quickly palpated her abdomen, and then found myself sitting by her side with my hand resting reassuringly on her arm. All of a sudden one of my attendings pulled me by the arm, yanked me off the bed and out of the room, as if he were saving me from viral contamination. I often think of that moment. Even at the time, we knew sitting next to or holding the hand of an AIDS patient would not spread the disease, and yet my attending, motivated by fear or protective instinct, wanted me to be cautious. Given what we know about COVID-19, I suppose I could have unknowingly carried a pathogen to another patient’s room. But being a good doctor requires you to be both reasonable and compassionate, knowing how to differentiate what is possible from what is likely, and proceed accordingly without significant anxiety. The key is understanding the science; and with current technology, like artificial intelligence, we can process and share data exponentially faster than we could 30 years ago.

This essay by Dr. Paula Muto was first published at https://www.generalsurgerynews.com/COVID-19/Article/05-20/Conquering-Fear-in-Times-of-Epidemics/58327